Eventually I've released a new version of xatk — xatk 0.2. It wasn't getting updates almost for 3 years. But it's not because of lack of interest. I'm using it for 5 years now and I'm kind of addicted to it. When it stops working I feel very confused. So you may think xatk was stable enough for all those years. Almost. There have been only a few crashes for this period, but they all must have been fixed in 0.2.

The most visible change is that xatk has moved to GitHub since Google Code is shutting down and consequently it moved from Mercurial to Git. The documentation is now hosted on Read the Docs. Aside from these changes there are a few new features (actually two of them were implemented in 2012 but the didn't get into any release).

The first and the most interesting new feature is the ability to run the program if it has no open windows. It's also known as run or raise. The feature works only for windows you specified in the configuration, not all windows (otherwise it would messy). Programs to run are specified in [RULES] section of ~/.xatk/xatkrc. For example,

specifies to bind all Emacs windows (windows with class emacs) to shortcut e and if there is no Emacs window then run command emacs. Commands are executed by your default shell so you can use shell constructs here like setting environment variables (before the command) or stream redirection operators.

Other new features are a new xatk option xatk --kill which stops xatk gracefully and a an implementation of xatk locking so only one instance can be run (If you ran a few xatk < 0.2 instances they would spam window titles indefinitely).

The last improvement is a set of bug fixes which I hope will make xatk even more stable. And if it doesn't I promise I will not wait another 3 years to make a new release;-) 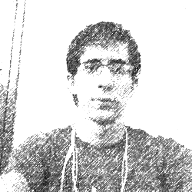